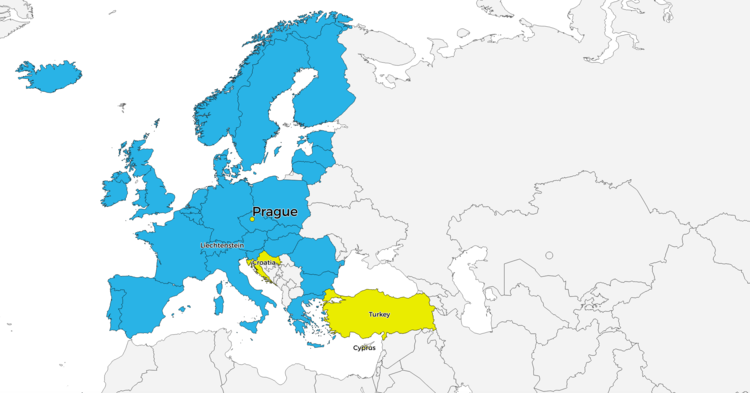 From Bologna to Prague

To ensure that the work, necessary to achieve the objectives set by the Bologna Declaration, was done, the European Union’s Ministers, assembled in Tampere in September 1999, decided to establish two groups. These are the steering (or restricted) and the enlarged follow-up groups.

Two years after signing the Bologna Declaration and three years after the Sorbonne Declaration, European Ministers in charge of higher education, representing 32 signatories, met in Prague in order to review the progress achieved and to set directions and priorities for the coming years of the process.
Ministers reaffirmed their commitment to the objective of establishing the European Higher Education Area by 2010. The choice of Prague to hold this meeting is a symbol of their will to involve the whole of Europe in the process in the light of enlargement of the European Union.

Ministers welcomed new members to join the Bologna process after applications from Ministers representing countries for which the European Community programmes Socrates and Leonardo da Vinci or Tempus-Cards are open.
They accepted applications from Croatia, Cyprus and Turkey.

There has taken place an expansion of the objectives, in terms of lifelong learning, involving students as active partners and enhancing the attractiveness and competitiveness of the European Higher Education Area. Also, the participating ministers committed themselves to ensure the further development of quality assurance and development of national qualification frameworks. This objective was correlated with the lifelong learning one, as it is considered an important element of higher education that must be taken into consideration when building up new systems. Also, it is important to mention that the topic of social dimension was first introduced in the Prague Communiqué.

Ministers welcomed and reviewed the report "Furthering the Bologna Process"commissioned by the follow-up group and found that the goals laid down in the Bologna Declaration have been widely accepted and used as a base for the development of higher education by most signatories as well as by universities and other higher education institutions.

The latest development in the system of higher education in Europe

Higher education representatives, representatives of the government not involved in Ministers and other participants meet in three discussion groups:

The follow-up group of the Bologna Process commissioned the rapporteur, Prof. Pedro Lourtie, to present this report as a contribution to the meeting in Prague, in May 2001, of the European Ministers in charge of Higher Education of the countries that signed the Bologna Declaration in June 1999. The report gives a short overview of the follow-up, reviews succinctly the developments since Bologna and dwells on scenarios for the future.

Preliminary Programme of the Prague Summit on Higher Education