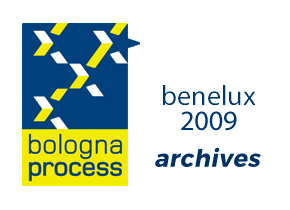 Doctoral education as third cycle was formally introduced to the Bologna Process by Ministers meeting in Berlin in 2003 and has since become an increasing priority.

Doctoral education in the Bologna Process (updated in 2009)

Across Europe, the early years of the Bologna Process were focused on introducing and consolidating the bachelor and master cycles. Doctoral education as third cycle was formally introduced to the Bologna Process by Ministers meeting in Berlin in 2003 and has since become an increasing priority:

Conscious of the need to promote closer links between the EHEA and the ERA in a Europe of Knowledge, and of the importance of research as an integral part of higher education across Europe, Ministers consider it necessary to go beyond the present focus on two main cycles of higher education to include the doctoral level as the third cycle in the Bologna Process.

The European Research Area (ERA), launched in 2000, is a European Union initiative, involving about three quarters of the 46 countries participating in the creation of the European Higher Education Area (EHEA). Its ambitions, such as creating a borderless area for research and knowledge exchange in Europe and increasing research expenditure, have underpinned the growing focus of Education Ministers on the doctoral cycle.

With the Bergen Communiqué of 2005, Ministers stressed the importance of research and research training and recognised the need to improve synergies between higher education and research.

Regarding doctoral education, Ministers made the following statements:

On the basis of work undertaken by the European University Association (EUA), Ministers again put doctoral candidates high on the Bologna Process agenda when they met in May 2007 in London. In the London Communiqué, they stressed the need to enhance provision in the third cycle and to improve the status, career prospects and funding for early stage researchers as preconditions for strengthening Europe's research capacity and improving the quality and competitiveness of European higher education.

Ministers invited EUA to support the sharing of experience among higher education institutions on innovative doctoral programmes emerging across Europe and on issues such as transparent access arrangements, supervision and assessment procedures, the development of transferable skills and ways of enhancing employability. To provide a forum for sharing good practice and to contribute to the enhancement of doctoral education, EUA established in early 2008 a Council for Doctoral Education.

In accepting responsibility for high quality doctoral provision, universities in many European countries have begun to develop programmes within innovative structural arrangements, integrating different types of public institutions, organisations, research institutes and companies. The EUA Trends V report illustrated that many countries now have such structures in place for a large number of doctoral candidates, and this pattern looks set to develop further in the future.

The development of a European and wider international dimension in higher education is a fundamental aspect of the Bologna Process. Attracting more international candidates to European doctoral programmes, expanding university research partnerships to other world regions, and retaining more of Europe’s domestic research talent are critical issues in making Europe internationally more attractive and competitive. Only internationalised doctoral programmes that attract candidates and faculty from all over the world can be truly responsive to the needs of today's globalised world.

Although mobility during doctoral programmes is already well established at many universities, considerable debate is underway about how to encourage more mobility at doctoral level as part of institutions’ overall internationalisation strategies.

Prevailing cultural and funding mechanisms have traditionally determined whether doctoral candidates are regarded as employees who receive salaries or students who possibly receive student financial support. The decision whether or not to treat doctoral candidates as employees has important implications in terms of finances and social security but also for their later career prospects.

More effort is now being undertaken to make the doctoral cycle and research careers more attractive, but also to ensure that doctoral graduates have a wide variety of career options in Europe. Treating doctoral candidates as early stage researchers with an employee status makes the doctoral cycle more attractive and facilitates the transition into the wider labour market. Transversal skills - acquired "on the job" or through specific skills trainings, which increasingly find their way into doctoral education - are relevant for research careers and for careers in other fields. The notion that doctoral graduates are widely employable beyond research and academia still needs to be realised consistently across Europe. One important task therefore is to make doctoral graduates and employers aware of the skills doctoral graduates possess, which ideally leave them well-prepared for a wide range of career paths.

If Europe is to meet its goals, the considerable effort involved in reforming doctoral programmes through innovative structures and practice, and more extensive international cooperation, must be adequately funded. Yet this is more easily stated than achieved.

Also the doctoral candidates need adequate funding, especially if suitably qualified candidates from lower income groups are to be encouraged, as the social dimension of the Bologna Process suggests. However, there is considerable work to do if this goal is to be met, as doctoral candidates often face financial hardship from limited funding opportunities. Universities are therefore encouraged to create an employee status for doctoral candidates and to look into innovative funding practices, such as balanced industry partnerships or partnerships with foundations and research institutes.

For more information on the numerous projects carried out by the European University Association (EUA) on doctoral programmes, visit the EUA website.