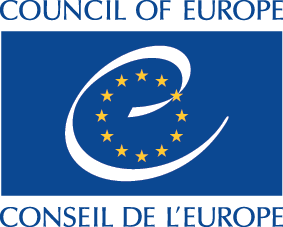 Council of Europe is a consultative member of the Bologna Follow-Up Group.

The Council of Europe is an international organization focused on promoting democracy, rule of law, human rights, economic development and integration of certain regulatory functions in Europe. Founded in 1949, it has 47 member states.

The Council of Europe’s contributions to the Bologna Process include:

Publications of the Higher Education and Research Division

The Council of Europe Higher Education Series, launched in 2004, aims to explore higher education issues of concern to policy makers in Ministries, higher education institutions and non-governmental organizations, and student representatives. Beyond that, the books will be of interest to all those interested in the development and future of higher education in Europe.

Edited by Sjuyr Bergan and Jean-Philippe Restoueix, Intercultural dialogue on Campus is the Volume 11 of the Council of Europe higher education series, published in 2009.

Modern societies are inconceivable as isolated and mono-cultural entities. The interaction of various cultures is not only a fact of life for most Europeans, it also enriches our societies. However, we also witness tensions between cultures. Intercultural dialogue is therefore one of the political priorities of the Council of Europe, as shown most prominently by the adoption of the White Paper "Living Together as Equals in Dignity" in May 2008.

Higher education, by its history and contemporary practice, is a natural partner in and promoter of intercultural dia¬logue and understanding. Higher education institutions and campuses are themselves multicultural societies, and as such are the focus of the present volume. A second volume (Speaking across borders – volume 16 of the Council of Europe Higher Education Series) examine the role of higher education in furthering intercultural dialogue and understanding in broader society.

Edited by Sjur Bergan and Radu Damian, Higher education for modern societies: competences and values brings together contributions from authors from both Europe and North America exploring the roles and purposes of higher education in modern, complex societies and the importance of competences in this respect.

On June 20, the CoE Committee of Ministers adopted Recommendation CM/Rec(2012)7 on the Public Responsibility on Academic Freedom and Institutional Autonomy. While several international texts address issues of academic freedom and institutional autonomy, this recommendation is – to our knowledge – the first to do so explicitly with a view to the role of public authorities. The provisions of the recommendation are also considered in an Explanatory memorandum.